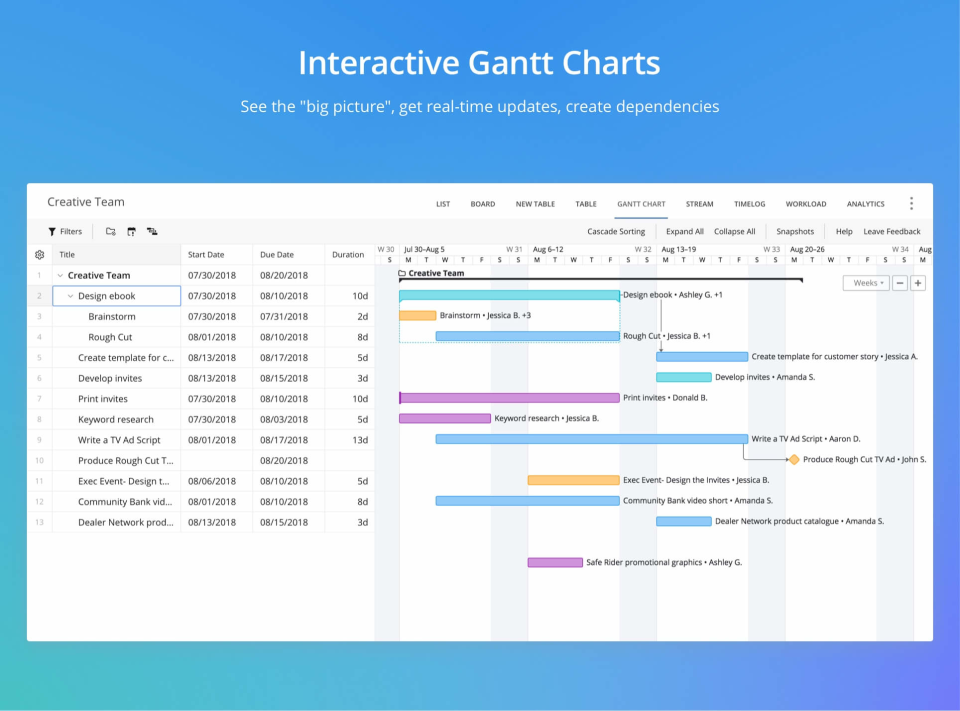 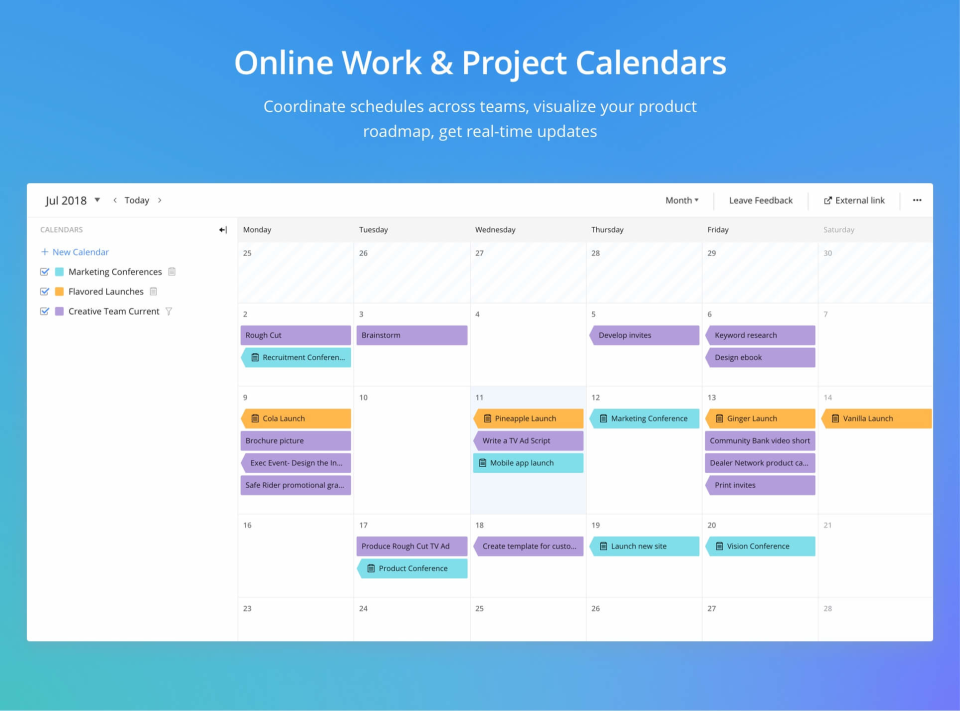 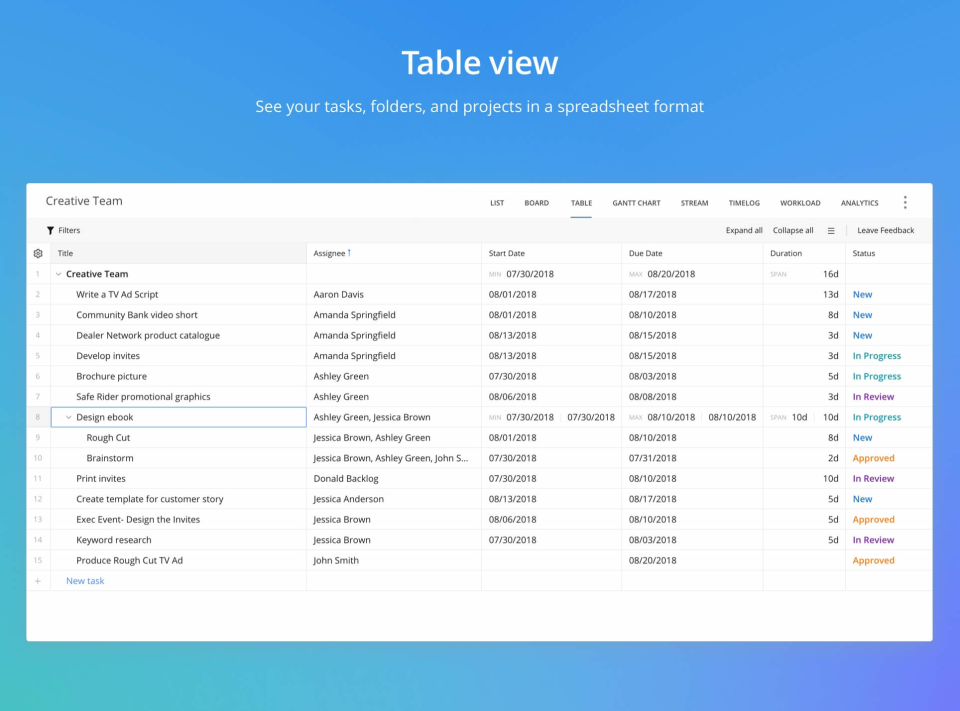 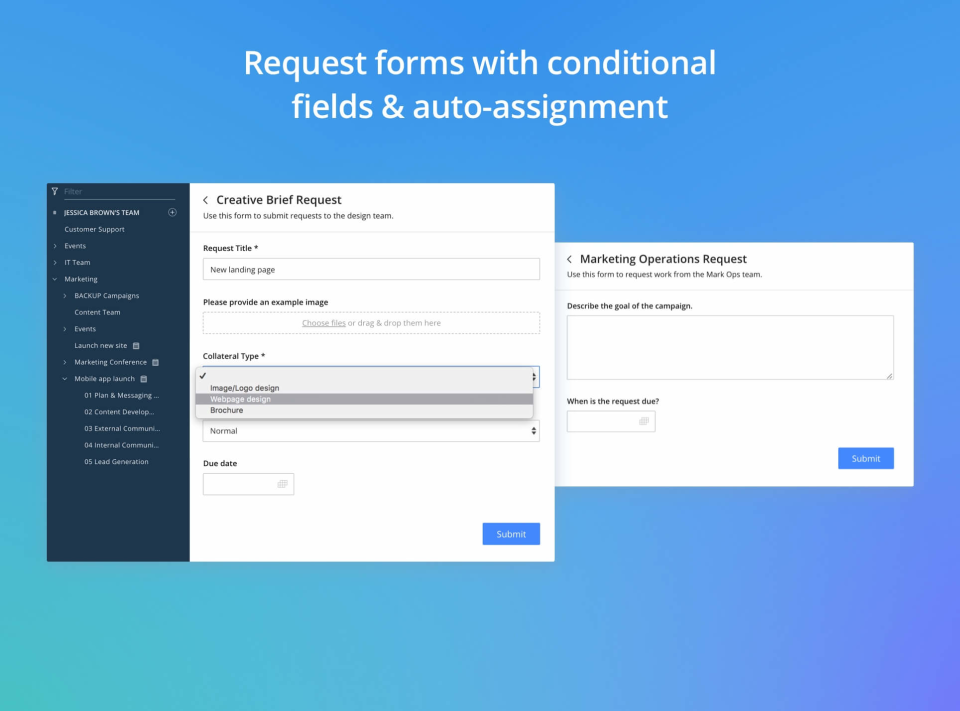 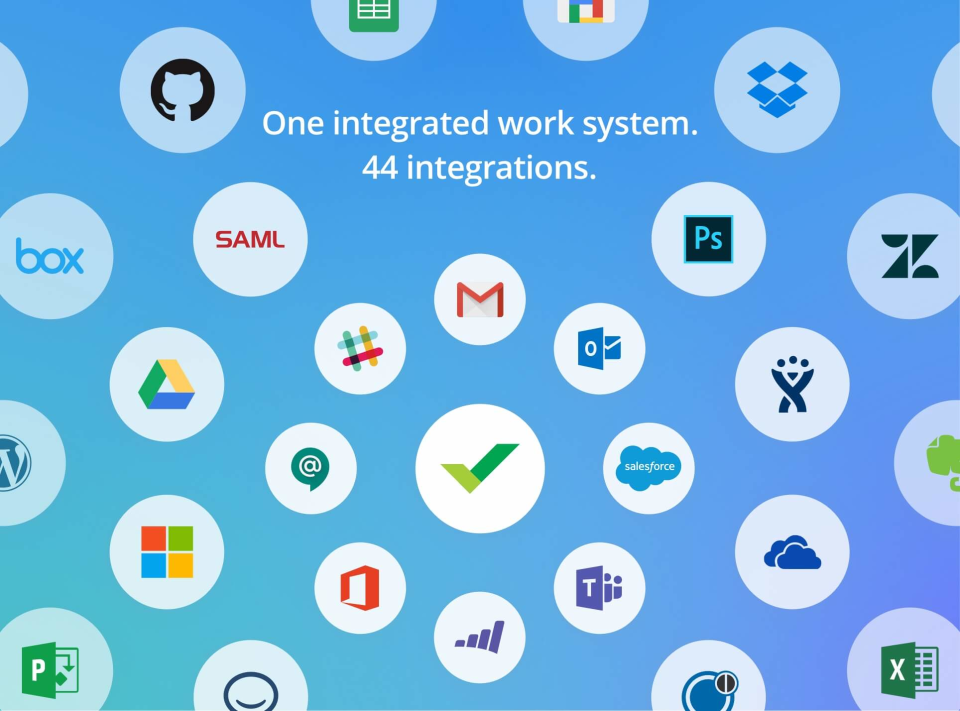 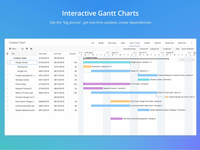 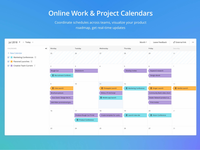 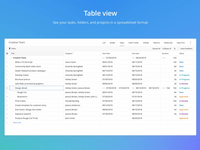 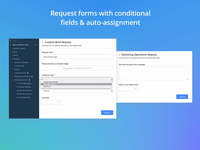 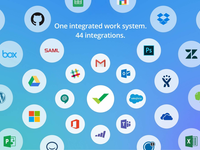 Comentários: We have been able to get organized and store a ton of information in one place. This has also given us great insight as to what everyone’s workloads are like. Even if not everything is in the program, you can still get a good idea of what they’re up to or have time to work on. It’s a great way to group your tasks and you can create custom dashboards to make it so you see important tasks and what needs to get done at a glance. Despite some of the quirks, I recommend it.

Vantagens: For the most part, I really like this product. It has allowed us to easily organize, group and assign projects to our team and really helped us get more organized. I like that it has a nice, simple look with lists. It is easy to create a task and assign it to yourself or someone else, set dates, change priorities, add attachments, links, format text in your task description, and group them into folders. I also like that you can put the same tasks in different locations so, if it applies to 2 different categories, then it can live in both places. It is also great that you can set it up so that certain tasks set their dates according to other task dates.

Desvantagens: There are some features that would really make this a great product and whenever I have contacted support, they basically try to upsell us to a different level plan that still doesn’t solve the problem we’re having. One thing that’s funny is that it will gladly notify you when someone has assigned a task to you... but if you assign a task to someone and they mark it complete... it won’t tell you. It’ll wait until all the sub tasks are complete and then tell you after a certain period of time that you can mark the task complete. This has literally NEVER been useful to me. It also has a funky set up when it comes to grouping related tasks underneath another tasks so you have to play around with a set up that works for you. Lastly, they have a desktop app that they always prompt you to use when you click links to Wrike in other locations like your email. The app was just another thing I had to have open that did not help with my programs and it doesn’t seem to allow you to not receive that notification each time you click a Wrike link.

Looks amazing, hard to use in practice, with unresponsive community support

Comentários: We tried to solve the problem of a shared project and task management platform, but Wrike was too complicated, clunky.

Vantagens: Wrike provides a web-based platform that lets the whole team see the projects and tasks we have before us.

Desvantagens: The interface is clunky. Multiple clicks are required for almost anything, and the views are not intuitive. Very difficult to get team adoption because ordinary users find it too complex.
We have also found the customer service lacking. We tried to solve a billing problem and it has taken five months. I have also seen community requests for features totally ignored, including the most obvious feature: being able to convert a task to a project. People write in about this every day but the developer team does not even reply in the community.
Finally, the ios application, while improving, is still subpar.

Comentários: The functionality is there for the most part and I really want to love Wrike, but the user interface is simply not as polished as some other major competitors (Monday, Asana, etc.). This hurts the user experience quite a bit.

Vantagens: • The ability to view my projects and tasks in several views (list, table, kanban board, Gantt, etc.)
• The easy report builder
• The ability to have projects and tasks show up in multiple locations is fantastic. This means that projects and tasks aren't confined to only "live" in the location they were created. They can be displayed in multiple locations at once allowing different contributors and stakeholders to have access to the same items simultaneously without having to duplicate them. This was a big reason why I went with Wrike. Few other competitors have this architecture.
• The ability to add stakeholders without having it count towards your purchased user licenses. Wrike is a pricy platform so this definitely brings the cost down a litte.
•

Desvantagens: • UI needs a lot of improvement:
- I should, at a glance, be able to immediately tell the difference between a folder, a project, and a task in every view that is available. Currently, they just blend together and it is very difficult to see any separation between these three items (in for example the Table view). This is THE biggest point of annoyance for me with Wrike. Other competitors in this price class have very clear visual interfaces with visually distinct screen elements. Adding an icon or other visual indicator to each item type would solve this very easily.
• The fact that the folder pane doesn't show in the List view by default when clicking a folder makes it difficult to provide folder information to a team. They simply won't know that a folder contains information unless they deliberately check. This is a big miss.
• The folder/project/task panel should be easier to open and close. The fact that I have to go into a submenu to close the panel is ridiculous. This seems like a small detail but UX/UI design issues like this can really drag down the user experience.
• Also, I should be able to do bulk changes from the Table view and not just the List view. These views are different enough to where this is an issue.
• Review and approval add-on feature is an almost necessary feature for creatives but way too expensive as an add-on. Wrike is already a pricy platform. These add-on costs feel very greedy.

Not My Favorite Product

Comentários: We had a good implementation specialist helping us to configure the product. It wasn't as easy to train others on it, so we weren't able to use it everywhere we wanted to. In some areas, it's intuitive, in others, it's very clumsy. A few things solidified my decision in discontinuing use of the software: At the end of the day, creating a project plan and moving between formats/views caused my plans to list in alphabetical order, then reset, then tasks disappeared, then reappeared. Tasks would move, then return to where they were, and then duplicate. This was a badexperience when you're trying to make a basic project plan, and I ended up in MS Project, then simply exported it for my immediate need. It was much simpler. Another reason was their lack of support. I had issues with the billing and customer success sides. At one point, our statements were being sent to the wrong person, after I had asked to be the main contact. Then they deactivated our account with no warning, and when I asked they said "it's written on the invoice". I supposedly had access to a CSM, but they never called. When I asked to be contacted by a manager, I was told they would call me and they never did. I also ended up with a credit on the account, after they shut it down saying we hadn't paid

Vantagens: I liked the ability to collaborate, both internal and external. I also liked the Trello style boards for tasks, as well as the ability to mention people and easily improve communication flows. The implementation was decent.

Desvantagens: The scheduling feature was very buggy, the drag and drop feature was not flexible, and the customer service was non existant. The billing wasn't right, they do not contact you unless they want something, and the product purpose can be replicated using other tools (Monday, MS Project, Excel/Trello)

Comentários: To have Wrike is to have a quick and efficient solution since it is easy to use and configure and makes it very easy to carry out the project management at the enterprise level thanks to the characteristics that it offers for said process.

Vantagens: Wrike is an easy to use tool and that makes it one of the reasons why I like it since it provides a very neat and clean interdaz where it is easy to navigate, with a very fast and simple configuration, so that each user can configure it without having to go to a technician for it, provides features that facilitate collaborative work for the development of projects and this is because with it you can manage the resources that are possessed as well as organize advantageously the projects that are standing when using features such as visualizing tasks using a dashboard or Gantt chart so that it adapts to the needs of each team.

Desvantagens: According to the plan that some functions are chosen, they will be limited, so it is necessary to assess which of them best suits the team or company.